What is Recoil Starter

The starter mechanism comprises a rope, with a grip at the end, moulded rope reels and a spring. The rope is coiled within a reel which is held under spring tension within an outer reel. This reel assembly is in contact with one end of the crankshaft through a ratcheting mechanism (specifically, a freewheel clutch). When the rope's grip is pulled, the rope uncoils, tensions the spring, engages the clutch and turns the crankshaft, spinning it to crank or start the engine before the end of the pull stroke. After the end of the pull is reached, the spring operated reel retracts the rope, either to store it, or to prepare it for another attempt to start and disengages the clutch hence the term "re-coil starter". If the reel were directly connected to the crank and lacked the freewheel mechanism, once the rope reached its end, the spinning crankshaft would keep turning the reel, which would violently recoil the rope in the opposite direction until it reached its end, where it would likely jam and stall the engine.

Behind every successful distributor, there is a capable & reliable supplier. Yeahparts intention is help customers get stable quality small engine parts and lawn mower parts. 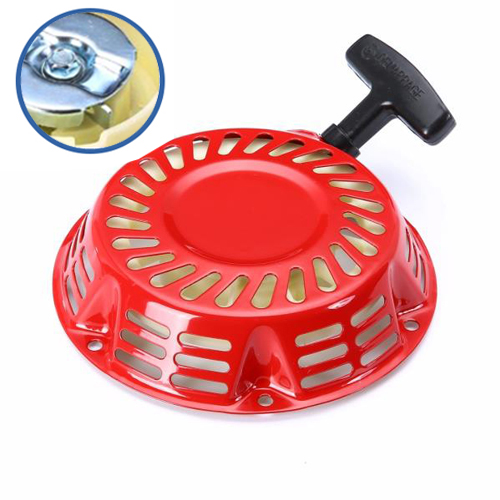